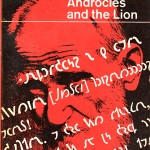 Back in 2007 I put together a Microsoft Windows keyboard layout for the Shavian alphabet. Unfortunately moments after published it on this site, I noticed a big problem with the encoding. So I took the download down until such a time as I could get around to rebuilding it. Five years later, it’s done! Yeah, I’m kinda busy, so if you’ve been waiting then I’m really sorry that it took so long.

The Shavian alphabet is alternative alphabet for the English language which attempts to provide simple phonetic spelling of words. It was funded by George Bernard Shaw, giving rise to it occasionally being called the Shaw alphabet. As of April 2003, Shavian was added to the Unicode Standard at block U+10450–U+1047F in Plane 1 (Supplementary Multilingual).

END_OF_DOCUMENT_TOKEN_TO_BE_REPLACED

Shavian is an alphabet that is intended to be used as an alternative to our existing Latin alphabet. There are many reasons why it is both bad and good, ignoring all those it’s fun. Needless to say, I kinda like it.